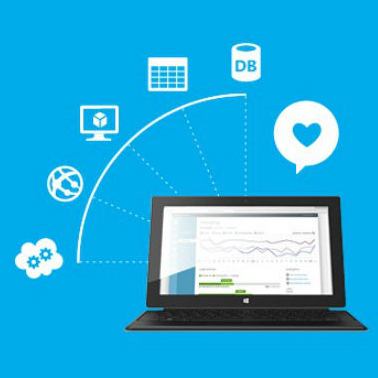 Desired State Configuration (DSC) is a configuration technology, written in PowerShell, which provides a method to define how a given computer should be configured and then ensures that the computer remains in that configured state. Traditionally, this has been accomplished, in part, through scripts written either in VBScript or, more recently, in PowerShell. Using DSC, however, there is no need to write a script, in the traditional sense. Instead, DSC uses a special kind of script that simply describes how the computer should be configured. DSC manages the task of actually performing the configuration on the computer to ensure that it is in compliance with the DSC script.

DSC consists of three main components: Extensions to the Windows PowerShell scripting language, the Local Configuration Manager (LCM) and DSC resources. In short, administrators write DSC scripts using the PowerShell extensions using one or more DSC resources. The DSC script generates a MOF file. MOF, Managed Object Format, is a Windows based file format designed to make changes to WMI settings on a computer. For example, System Center Configuration Manager makes use of MOF files for collecting inventory data. These MOF files are then copied to the target computer and then read by the LCM, which runs the DSC resources specified in the MOF.

Creating DSC files using the PowerShell extensions is fairly straightforward. The DSC file is written using a specialized type of PowerShell function, known as a Configuration element. The basic syntax is as follows:

The Configuration element contains a list of one or more parameters defined in the Param section, in exactly the same way as in a PowerShell function. Any DSC Resources defined in the DSC file must be imported using the Import-DSCResource command. The Node section defines which computers will receive the configuration data and what configuration will be applied.

The third DSC component is the Local Configuration Manager (LCM). The LCM is the engine of Windows PowerShell DSC. The LCM runs on every target node, and is responsible for parsing and enacting configurations that are sent to the node. It is also responsible for determining the refresh mode (push or pull), specifying how often a node pulls and enacts configurations and associating the node with pull servers.